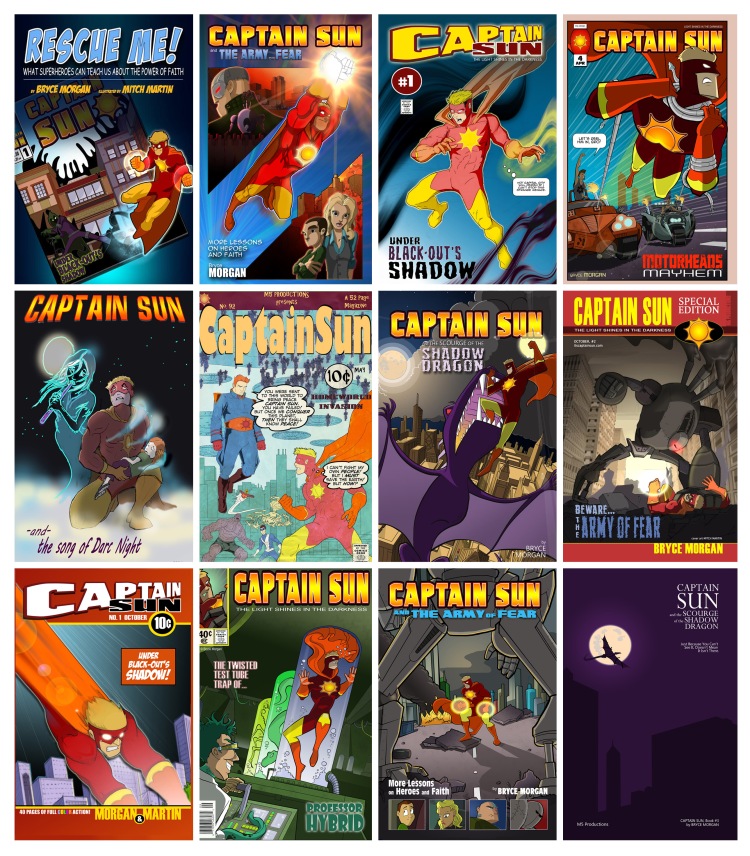 June 21st is Captain Sun Day! To celebrate, we’re doing another Comic Cover Contest. Let your imagination soar as you design an amazing Captain Sun comic cover. The best design will win a $50 Amazon gift card! One youth entry (12 and under) will also be chosen (for a $25 gift card). Winners and runner-up selections will also win a new, signed CS poster. Once you’ve completed your entry, follow this link to Facebook (https://goo.gl/QhJaZh) and post your entry in the comment section.

Not an artist? Then check out the submissions and vote on your favorite entry. The entry with the most LIKES wins (PLEASE no pay-for-likes or similar activity). Only one entry per person.

Not a Facebook user? E-mail your entry to itscaptainsun@gmail.com and we’ll post it for you! Your Facebook-using friends, family, and fans can vote for your entry using the link above.

Please read all Contest Rules (below) before entering.

NO PURCHASE OR PAYMENT OF ANY KIND IS NECESSARY TO ENTER OR WIN.

The “2018 Captain Sun Comic Cover Contest” is sponsored Bryce Morgan. This contest is governed by these official rules (“Official Rules”). By participating in the contest, each entrant agrees to abide by these Official Rules, including all eligibility requirements, and understands that the results of the contest, as determined by this sponsor, are final in all respects. The contest is subject to all federal, state and local laws and regulations and is void where prohibited by law.

This promotion is in no way sponsored, endorsed or administered by, or associated with, Facebook. Any questions, comments or complaints regarding the promotion will be directed to the sponsor, not Facebook.

ELIGIBILITY
The Contest is open to legal residents of their respective countries where not prohibited by law, who are thirteen (13) years of age or older at the time of entry who are valid Facebook users. Sponsor has the right to verify the eligibility of each entrant.

CONTEST PERIOD
The CONTEST begins May 21st, 2018 and ends at Wednesday, June 20th, 2018 at 10:00pm MST. (“Contest Period”). All entries (submissions) must be received on or before the time stated during that submission period. Sponsor reserves the right to extend or shorten the contest at their sole discretion.

HOW TO ENTER
You can enter the Contest through the Captain Sun Facebook Page. In the comments section of the contest post, entrants must post original art (or a photo of original art) of their entry. The parent/guardian who is posting a youth entry (12 years of age and younger) should include their name and age with the post. Only one entry per person.

WINNER SELECTION
All eligible entries received during the Contest Period will tabulated. The suggested name that has the most “likes” at the end of the contest period wins. The winner will be announced Thursday June 21st, 2018.

Any questions regarding this Contest should be directed to Bryce Morgan at itscaptainsun@gmail.com.